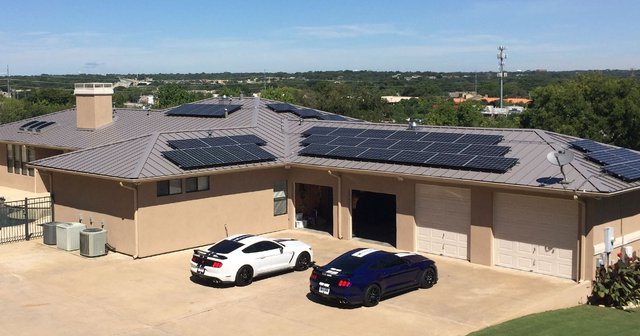 PORTLAND, Ore.—As the first state in the nation to require all new homes to have solar power, California’s recent decision may result in a dramatic shift in the way American and Canadian homeowners think about their roofing options, says the Metal Roofing Alliance (MRA), a leading non-profit trade organization.

“California’s leadership is a giant step forward to bring solar power into the mainstream for all homeowners no matter where they live,” said Renee Ramey, Executive Director of the Metal Roofing Alliance. “It also promises to cause a major shift in the building and construction industry for how to adopt methods and materials that are better suited for solar systems. After all, the return on a residential roof-mounted solar investment is only as good as the quality and longevity of the roof where it’s installed.”

Beyond California, recent reports such as “Selling into the Sun: Price Premium Analysis of a Multi-State Dataset of Solar Homes” demonstrate that buyers in other areas of the country are willing to spend more for a home with solar panels. Utility company incentives available in many regions are also helping drive solar demand.

Return on solar investment: Why the right roof matters

According to the California Energy Commission, when the state’s solar standards kick in two years from now, it will save consumers an estimated $80 on monthly heating, cooling and lighting bills, a positive long-term return on the investment that is predicted to easily offset the higher cost of installing solar.

However, while the benefits of producing their own rooftop electricity are significant for homeowners, MRA warns that those savings can quickly be wiped out if the roof underneath the solar system fails. That’s because repairing or replacing a roof—in addition to the substantial extra labor costs of removing and reinstalling a solar panel system—can be tremendously expensive.

For homeowners and builders looking to protect their solar system investment, MRA suggests the following:

Back to News & Media
Share
Or copy this URL: https://www.metalroofing.com/news/mra-predicts-uptick-in-demand-for-metal-roofing-driven-by-californias-new-residential-solar-requirements/