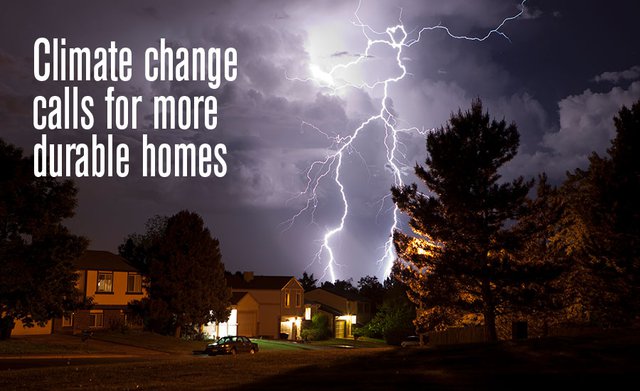 From stronger materials to better building practices, demand for greater resiliency is growing.

Article by Renee Ramey and was featured on SNIPS Magazine on November 1, 2018.

At the start of this year, the Metal Roofing Alliance (MRA) predicted this would be the year when the concept of the “durable home” will become reality.

Unfortunately, it’s a fact that many homeowners throughout the country are now facing after several natural disasters.

While 2017 was bad, 2018 has seen some of the most extreme climate conditions ever experienced in the U.S. And the year isn’t over yet. So far, homeowners have been forced to battle severe hailstorms, wildfires and record-setting temperatures. Monster storms and hurricanes, including Florence and the recent Michael, have smashed records for being among the costliest and most devastating of all time.

With climate patterns changing, the question for the construction, building and the insurance industry is this: How can we arm homeowners to better weather the storm? With the increasing likelihood of major climate events, the time has come to let go of the “way we used to do it” in favor of embracing and encouraging the next wave of more durable homes.

Recently, a New York Times article about a lone home in Mexico Beach, Florida — still standing and having survived minimal damage following the devastation wrought by Hurricane Michael — made headline news. That home, built to standards far exceeding even the famously stringent Miami-Dade wind load code, is a glimpse into the future of the building industry. The same is happening on the other side of the country where the rising danger of wildfires is causing homeowners to look for options to replace highly-flammable building materials (such as wood) to better protect their homes.

There’s no doubt that using stronger, more resilient materials like metal roofs, concrete and reinforced windows and doors may add more costs initially, but it doesn’t come close to the expense and the personal toll it takes to have to rebuild after a natural disaster.

Metal roofs, designed to last 50-plus years, are Class A rated for fire resistance, can withstand hurricane winds and are less likely to be damaged by heavy snow, ice, hail and rain. When it comes to longevity and protection, homeowners are realizing that materials like metal roofs offer far greater value beyond the initial cost.

Not adapting building practices to better address climate changes also comes with its own risks, including the possibility of stricter oversight and regulations in the future. Already, local counties working to rebuild in areas that have suffered severe weather and climate-related events are considering ordinances that mandate the use of certain materials proven to withstand or help prevent damage to homes.

An example is in Monroe County, located in the Florida Keys, where a proposed ordinance from earlier this year would have required all new or replacement roofs to be metal to help “harden homes” in preparation for the increasing likelihood of monster storms and hurricanes. Although the ordinance didn’t pass, according to the county staff summary, post-Hurricane Irma inspections found that “metal roofs fared far better than those roofs covered by asphalt shingles.”

Smart contractors and builders aren’t waiting for potential regulations to hit. Many are working to fortify their homes against extreme weather events by incorporating materials that are inflammable, will not rot, and offer greater protection against hurricane-force winds, hail damage, flying debris and heavy precipitation. Many of these practices also have other environmental benefits. For example, in addition to being more durable, metal roofs are energy efficient and 100 percent recyclable at the end of their long life.

Lessons learned from this year prove that climate-related disasters can strike in regions and in seasons we never imagined possible. Building practices that help ensure a home is as impenetrable as possible for whatever Mother Nature brings has become a significant selling point for homeowners, who are seeking better security and protection against possible extreme weather events, no matter where they live.

Back to News & Media
Share
Or copy this URL: https://www.metalroofing.com/news/climate-change-calls-for-more-durable-homes/