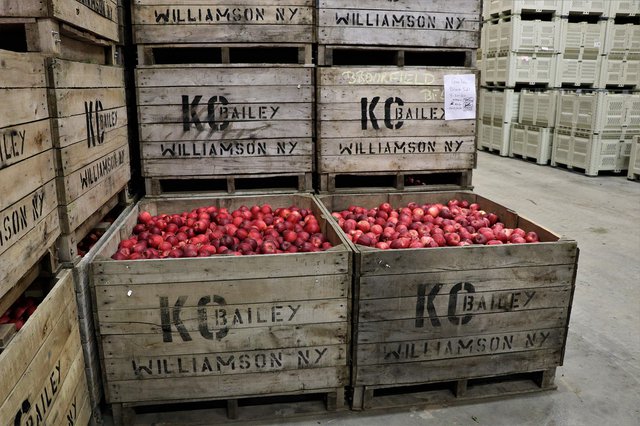 In 1984, as a senior at Cornell University studying pomology (fruit science) and economics, Chip Bailey founded KC Bailey Orchards, a now 230-acre apple orchard in upstate New York. A first-generation farmer, Chip was always interested in orchards growing up in Wayne County, New York, the largest apple-producing county east of the Mississippi. His extended family had vineyards in the Finger Lakes region, and he worked on local farms as a teenager, driving his desire to someday acquire his own farm. Chip met Karla who at the time was running an apple slicing business and distributorship. Karla had studied Finance and Systems at the University of Buffalo and also had a desire to own her own farm. 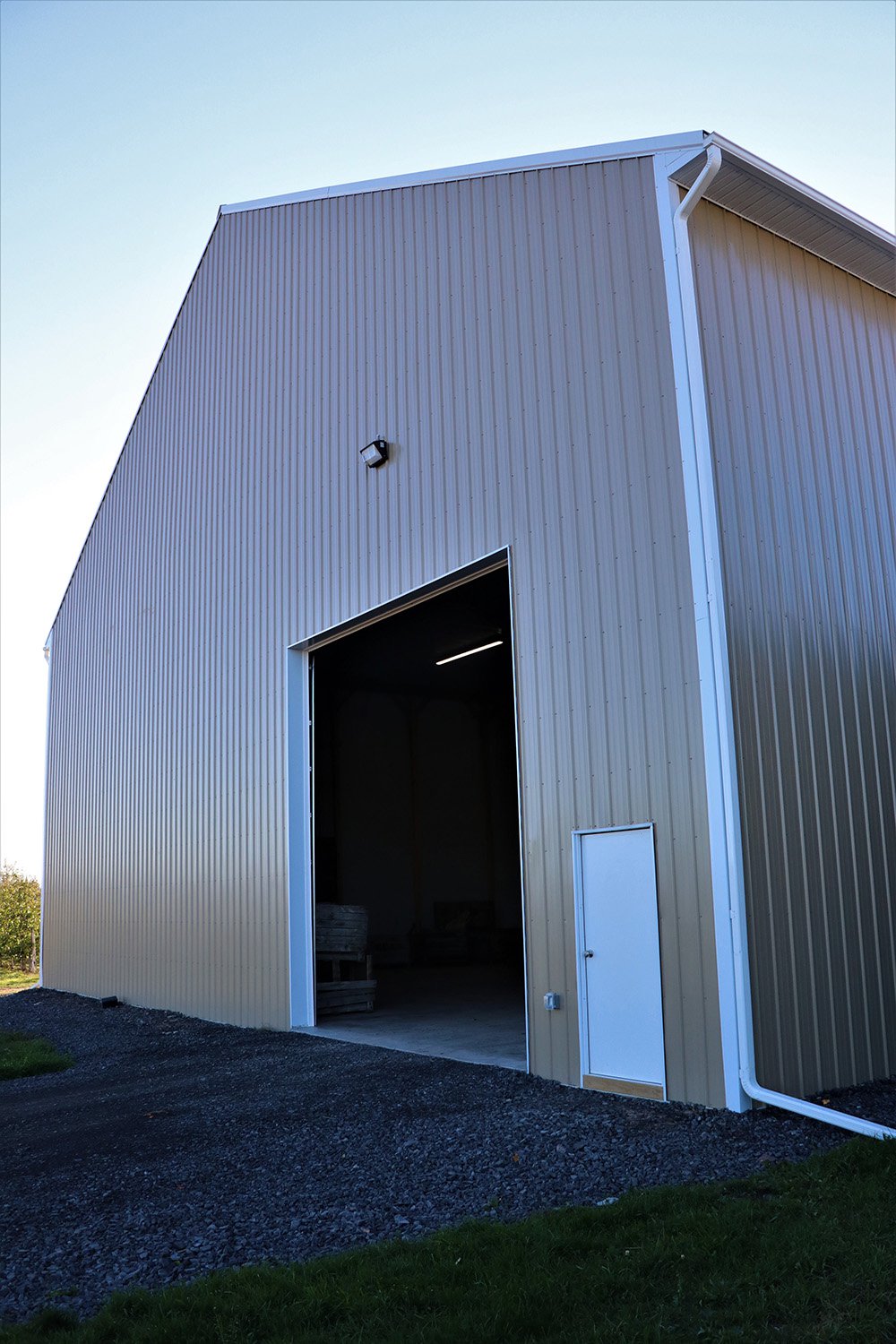 Chip and Karla are environmentally-conscious people who understand the potential for generating renewable energy on their farm and have integrated a holistic approach to growing their 10+ varieties of apples.

On-site, nine metal buildings primarily provide cold storage for their apples after harvest and immediately prior to distribution. Each building was constructed with Ameri-cana siding and Fabral® metal roofing. Five of the nine metal roofs feature direct-attach solar photovoltaics (PV). The PV was secured to the roofs with the S-5-PVKIT®2.0 solar attachment solution and S-5-S Mini clamps. The remaining, older structures utilize a traditional rail system.

The Bailey’s goal is to integrate a vertically holistic approach to sustainable fruit growing and operating their orchard utilizing sustainable materials and renewable energy sources, thereby reducing their carbon footprint and working towards their goal of running a net-zero farm. 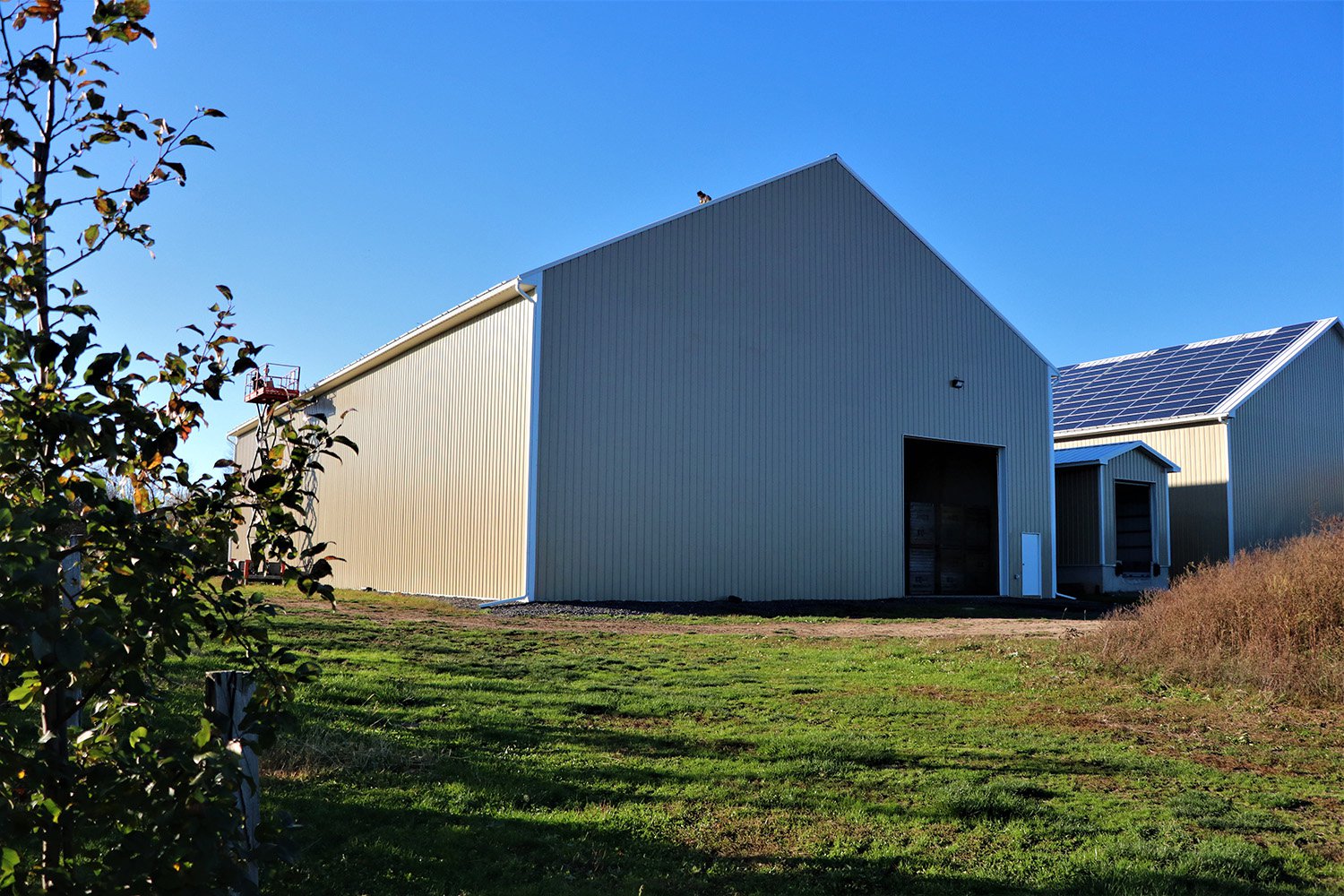 Their approach begins with sustainable fruit growing techniques from preparing the land to growing their own apple trees in an on-site nursery. They even cultivate a pollinator habitat and grow native plants for nine species of native bees to provide cross-pollination for the apple trees, in addition to a locust post grove for trellising.

Because the Bailey’s select apple varieties and plant trees based on predicting consumer demands 20 years out, they require buildings that utilize sustainable building components and an energy-efficient power generation system to run the farm.

The Bailey’s chose to use metal building components not only for their lasting performance and durability but also because of their reflective properties, which lowers the temperature of the building and enhances its cold-storage functionality. They also chose to “go-solar” to supplement the farm’s power generation and in an effort to achieve their goal of operating a net-zero farm. 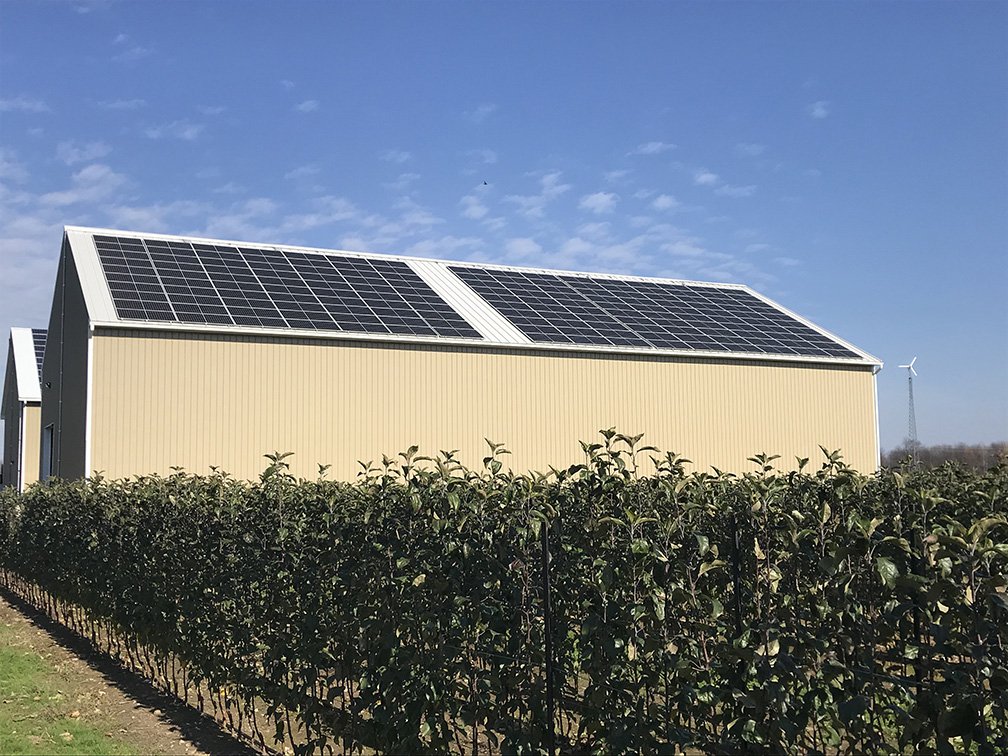 A standing seam roof was selected to allow direct-attach of the solar panels to the seams or ribs of the roof, preserving the PV assembly’s longevity by providing a penetration-free system. The PVKIT mounting system was chosen to secure the solar panels to the metal roof because it provides a rail-less, aesthetically-pleasing, penetration-free, and cost-effective solar mounting solution.

Another added benefit for the Bailey’s apple storage is the shaded air space between the solar panels and the metal roof creates a lower surface temperature on the roof and lessens the refrigeration load because the exterior structure is cool, thus creating a more energy-efficient building. Together, the solar PV and the metal building components provide the sustainability the Bailey’s hoped to achieve. 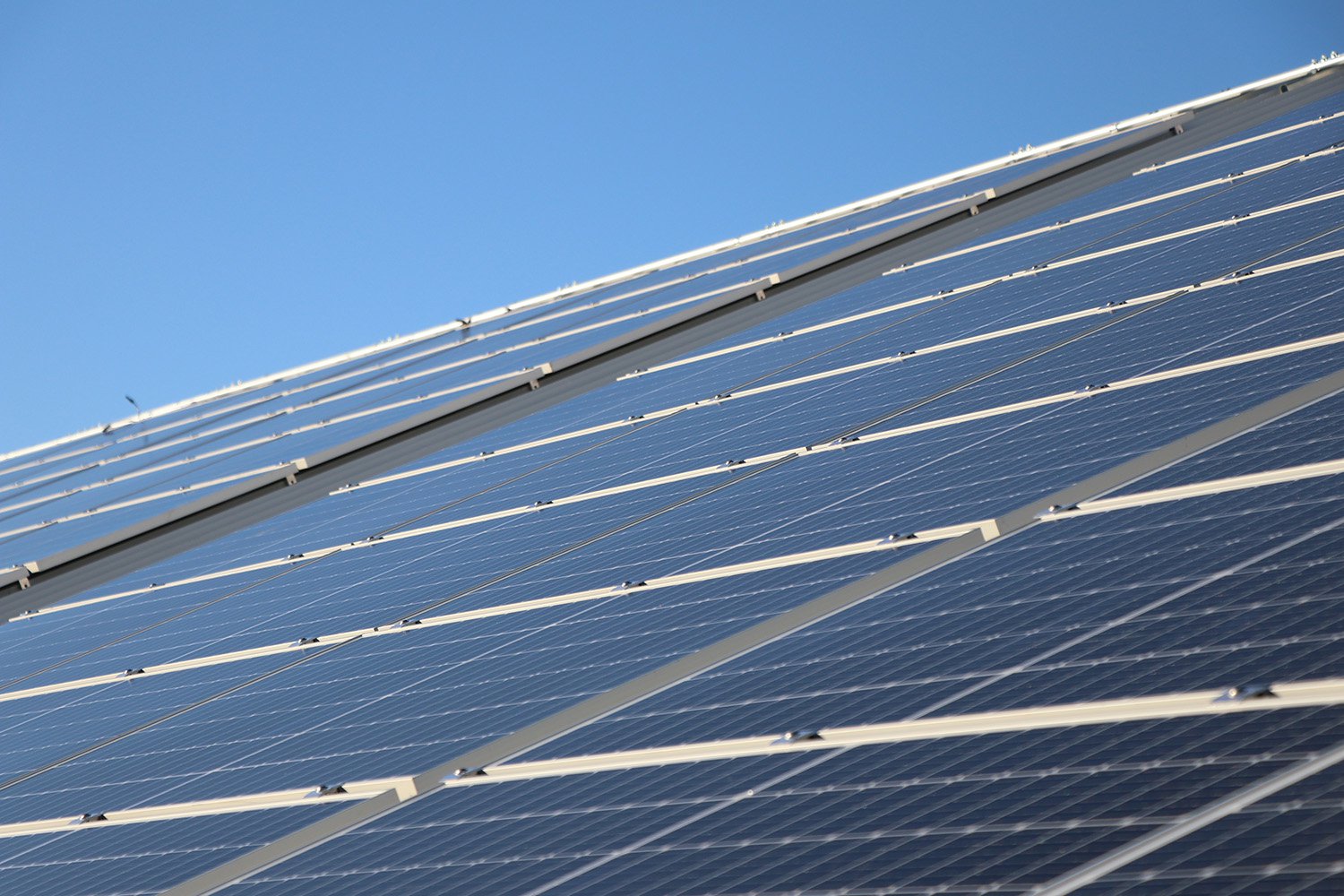 The PV system allows the Bailey’s to realize their long-term sustainability goals and reduce operating costs – getting them closer to their goal of running a net-zero farm.

Back to Member Provided Resources
Share
Or copy this URL: https://www.metalroofing.com/member-provided-resources/kc-bailey-orchards-sustainable-fruit-growing/